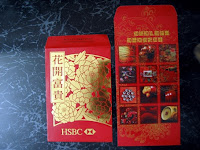 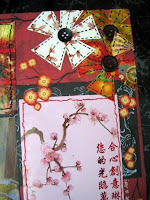 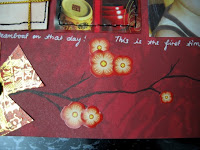 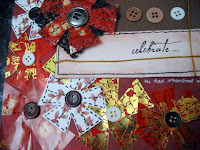 In my most recent layout, I've used red packets all over it. The title of the layout is "Celebration" in my family gallery section.
You can cut part of the red packets to block your layout or even cut out fancy flowers out of it to embellish your layout. In my layout, I've even cut out some of the small flowers pattern from the red packet to add continuity throughout the whole layout. Just add a little buttons and you are ready to go. If you got some unused or old red packets at home, you can try to create a layout based on it and I bet you would be successful in creating a unique Asian feel layout with it.

Posted by Irene Tan aka Scrapperlicious at 8:41 AM