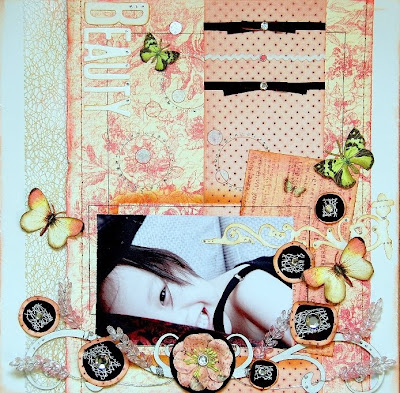 This is my second project using Swirlydoos March's kit, "Butterfly Whispers". In this layout, I've used the velvet paper with the netting to create the "circle flowers".
Here are the details. 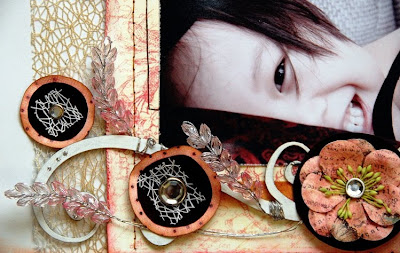 I've sprayed the netting with some glimmer mist to add colours to it before attaching it to the layout.

I've used the doodling technique to "balance" the look of the layout. I've drawn circles and frames on the layout and detail them with "Shimmerz" and Stickles. 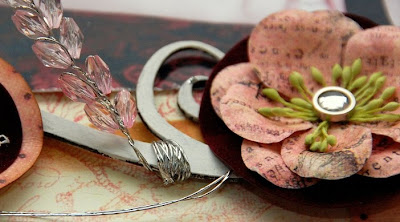 I've painted the chipboard swirl with some white acrylic paint. I've also use the Swirlydoos "Swirlybitz" to create some details on it by wrapping it and forming designs around it with it's metal wires. 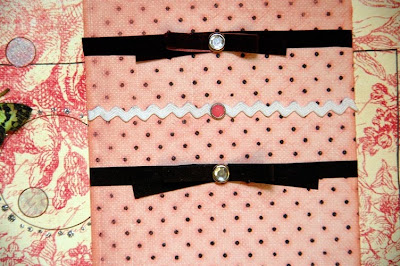 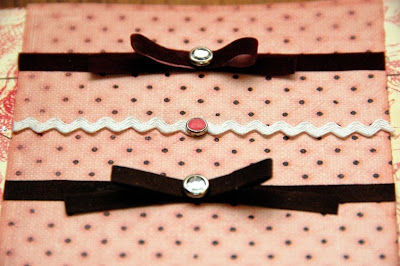 I've added some velvet strips and ric-rac on the top of the layout. On the velvet strips, I've create some faux bow by using small strips of velvet paper and a mini brad. 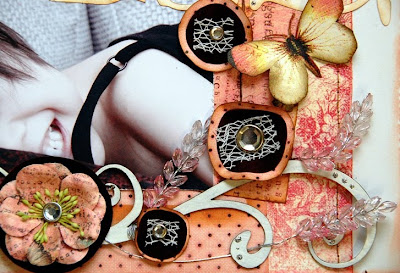 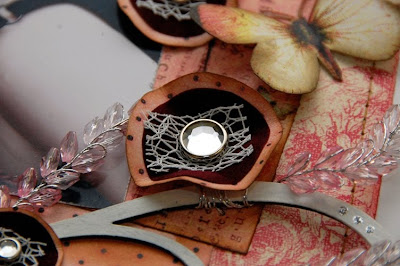 To form the circle flowers, simply just cut different sizes of circles from the pattern paper and the velvet paper. Also cut out a small piece from the white netting to add it on top of the flower. Attach all three pieces together using a brad. 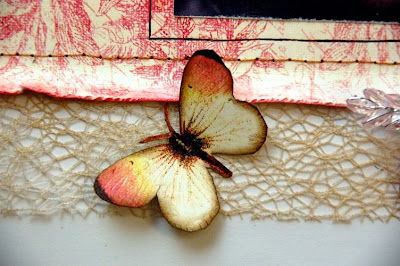 Cut out some butterflies from the pattern paper and fold their wings up before attaching it to the layout. 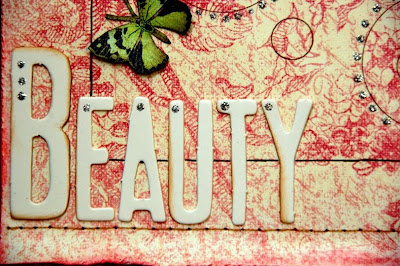 I used the chipboard alphas to form the title. I've also inked part of their edges before adding them to the layout.
Hope you all like this second layout. I'll be posting more projects on this kit soon. Check back for it.

beautiful LO! i love the colors and the pretty butterflies and flower embellies. thanks for sharing :)!

simply wonderful! love all the elements

Hello Irene! I am always so inspired by your work! I decided to give you a blog award. If you are interested in wearing it, please grab it from my blog: www.youniquereflections.blogspot.com