Lingzie is the winner of my second QKD stamps Giveaway in January 2009! Her prize is a set of stamps designed by me for QKD! (Asian Flair Stamps set)
Lingzie had created some really cool projects using those stamps. She had sent me some pictures to share with us. 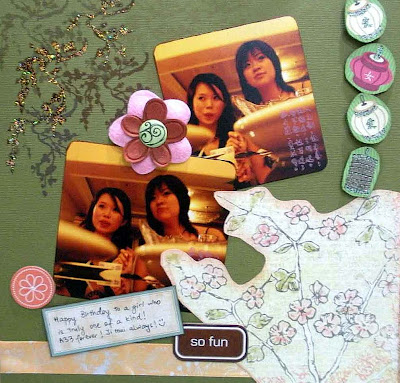 This is a 9"x9" layout that she had created using the some stamping and loads of cutting technique. She had used the "Distance Effect" technique with the "Cherry Blossom" stamp on the upper right corner and later dress it up with some Stickles. Isn't this beautiful? She had also stamped the "Chinese Characters" image on the photograph itself. 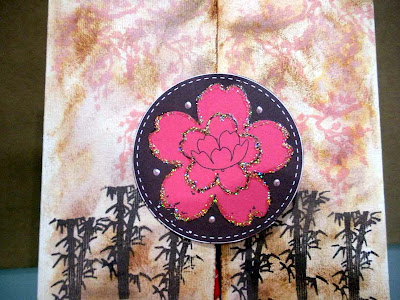 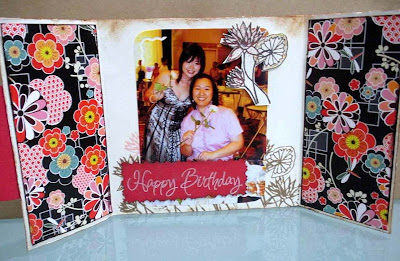 This second project is a Birthday card. She had used quite a number of techniques in the process of creating this card and most of them are also her first time. She had stamped using the "Distance Effect" technique with the "Cherry Blossom" stamp and later use the "Scissors and Water Distressing" technique on it. She had also used the "bamboo" stamp to create a border at the bottom of the card. Inside the card, she had used the "Lotus Flower" stamp to dress up around the photograph.
Aren't these projects beautiful? Thank you Lingzie for sharing your projects and talent with us!

Posted by Irene Tan aka Scrapperlicious at 8:00 AM

How exciting!!! Congrats. I love your work.

These are very pretty layout and card. Love the layering and the glitter.