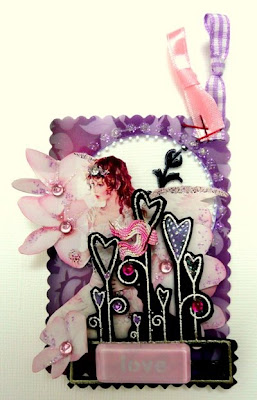 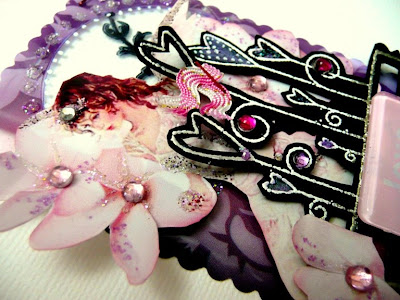 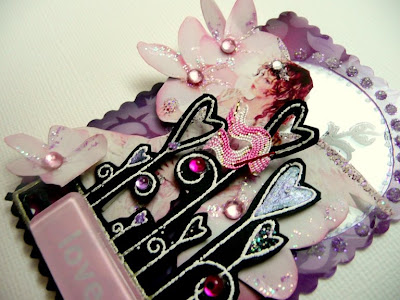 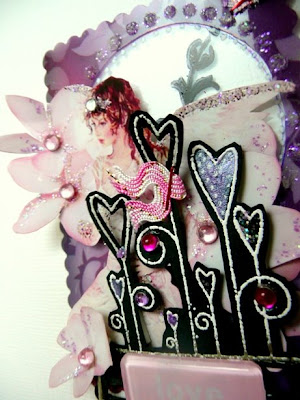 This is will be my last fairy experiment tag for now. Since it's my last one, I wanted to create it a little differently from the rest. Here are the steps to it. 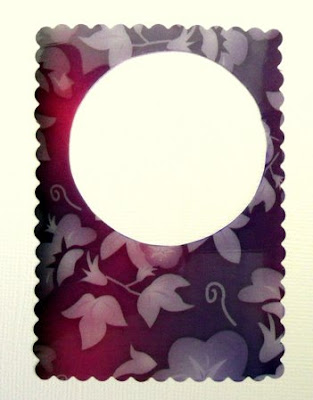 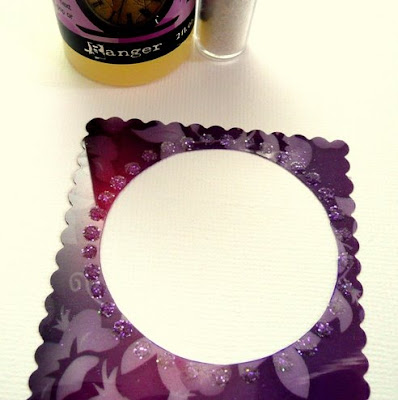 2) Then I've used some 3 dimensional liquid accents (ie. glossy accents, crackle accents) to dab all around the circle and sprinkle some crystal glitters on it. When it's dry, I've covered it with another coat of liquid accents to seal it up. 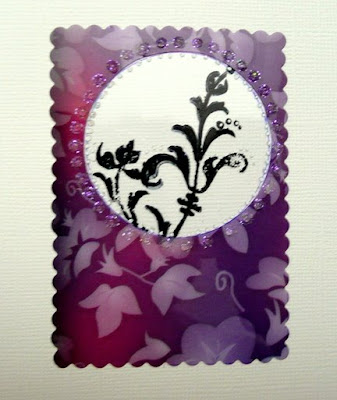 3) I've cut out a circle clear transparency which is slightly bigger than that circle and stamped on it using some solvent ink. Later, I attached to the tag from the back using the liquid accents too. 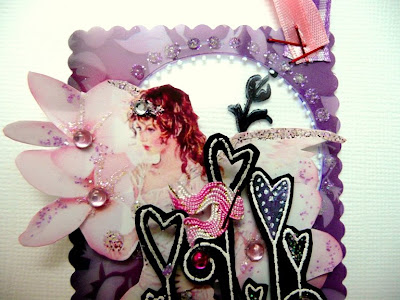 4) I've then glittered the fairy image and added some crystals and rhinestones to it. To give it a little dimensions, I've cut part of the flower petals and fold it up. 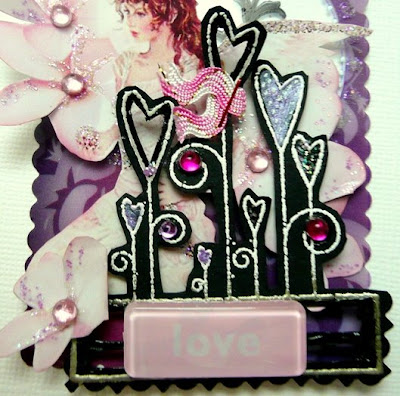 Wow - how cool is this!! :) Thanks for using our stamps, irene! Love the way it turned out!

Wow Irene this is really a beautiful tag - I cannot wait to see what you come up with next!

Totally appreciate all of your step-by-step directions for your projects. I've added your blog to my favorites and will definitely be checking back often! :)
CMLeach (sb.com)

you are so darn amazing!!! yet another gorgeous project!

Amazing....I love these fairy tags...they are so friggin cute. I have seen them on the gallery but to come here and see the step by step just amazes me at your talents! Keep up the good work.

I think this is my favorite so far!! I love all your fairies though!

I love your detail! You've created a world in miniature! Beautiful!