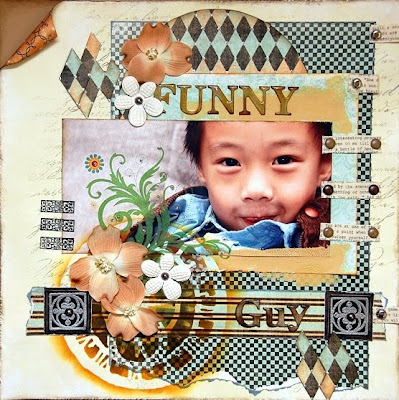 Today I'm going to share my last layout using Swirlydoos February Kit, "From Venice with Love". The title of my layout is "Funny Guy". It's a layout which I've used various 7Gypsies pattern papers.
Here are the details. 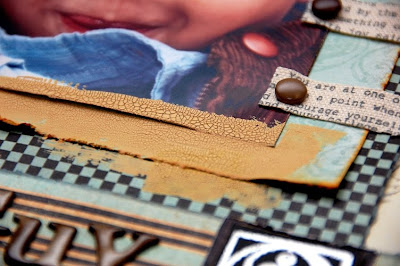 I've painted on the top and bottom edge of the photograph with some crackle paint. 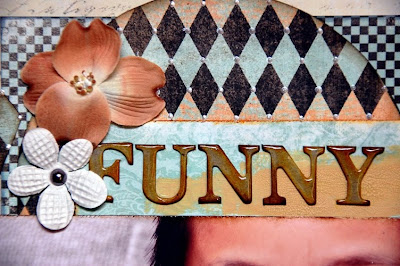 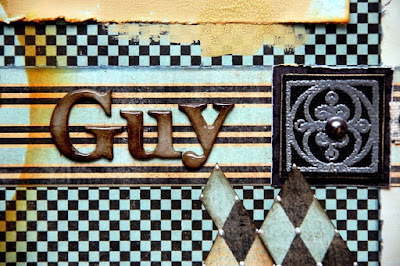 I've inked the chipboard alphas with distress ink and later cover it with Glossy Accents. 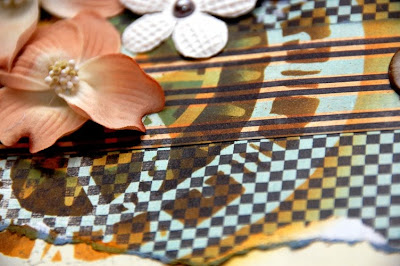 I've used some clock and gear masking template and do multi layer masking on the lower left of the layout. 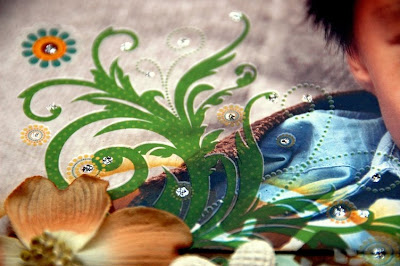 I've applied some rub-ons on the lower left of the photograph. 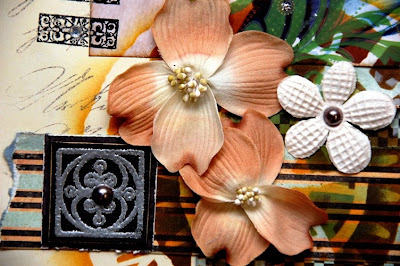 I've added some flowers on the top of the multi layer masked image. 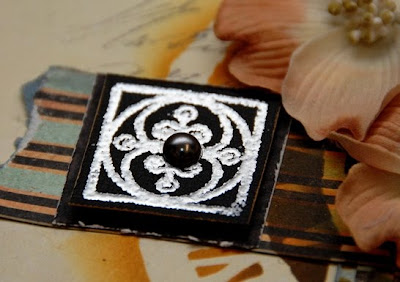 I've stamped and heat embossed on some black cardstock and cut it out. Mat it with the pattern paper and use foam adhesives for dimensions. 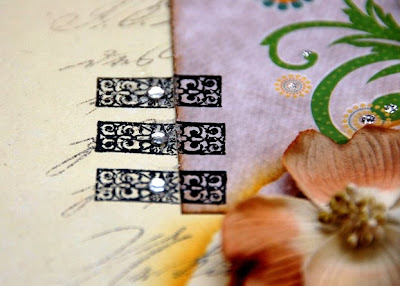 I've used the stamps included in the kit to stamp on the lower left corner of the photograph. 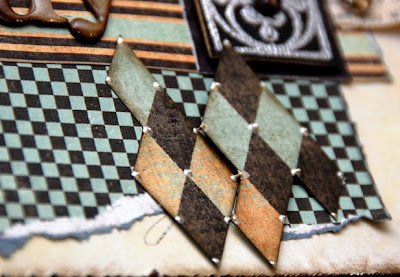 I've cut out some diamonds from the pattern paper and used it on the upper left and lower right of the layout. I've also used some foam adhesives to create some dimensions. Dress them up with liquid pearls. 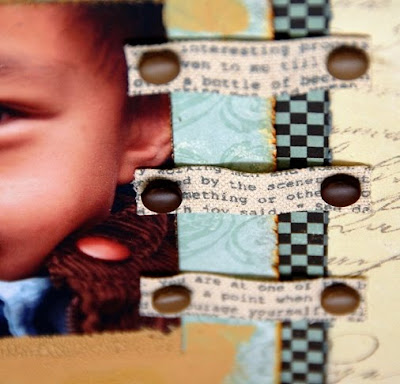 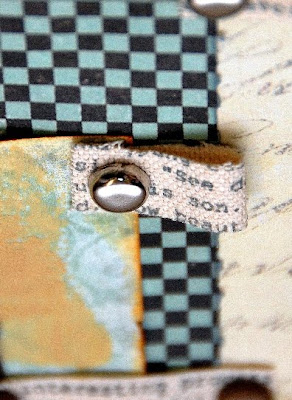 I've cut out some strips from the printed canvas and use them to design the right side of the layout with some brads.
I hope you all like this layout and try some of the techniques that I've used to create it. I've actually came across a comment on one of my post asking me for the tutorial on the "square flowers" that I've created on one of my layout. I'll try to take some pictures of the steps and do another separate post on that.

This is so cool Irene!! Love what u did with all ur techniques..great design and an adorable guy!!!

Irene, love the way this LO ties together so nicely with the geometric patterns. When you stamped the 3 spots that link the frame to the underneath did you stamp each twice (once on the underneath, once on the frame) then line them up?
Sandi

Nope. I only stamped them once each. You just have to make sure you have the image down before you lift up the stamp. Since it's a clear stamp, it's easy in this case. Hope this helps.

Such an inspirational layout as always Irene. I love it, thanks for sharing.

Gorgeous page and wonderful techniques!!!! I love that stamp but wasn't quite sure what to do with it; you've given me plenty of ideas!!!
(Can't wait for the flower tutorial; that's such a cool effect!!!)

great boys lo's I love this!