Hiro is One this week! 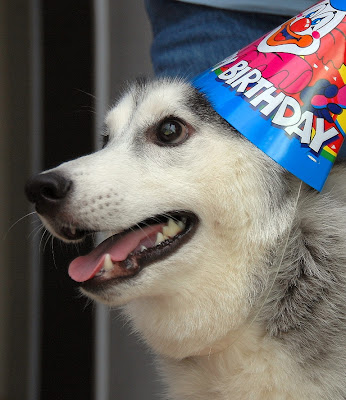 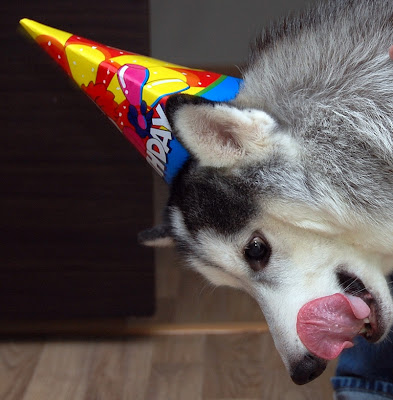 As most of you might have known, Hiro had just celebrated his first birthday on 21st May. He is One now! Above are some pictures taken during the celebration. We've got the whole family a party hat each and Hiro's hat has the word Happy Birthday on! It's extremely difficult to get him to wear the hat. Whenever we put on him, he will shake the hat off his head. It does takes some time for him to finally give in and wear the hat....LOL! 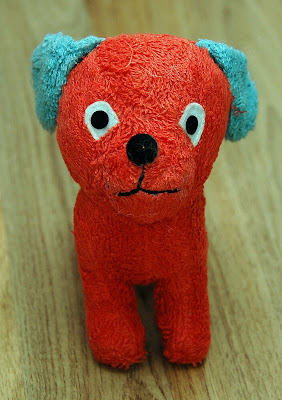 We gave him some of his favourite treats during the celebration but his best present will be the the little red toy puppy in the picture above. He likes it and it's liked he has a new companion from now on. Isn't that cute or what? Thank you so much for those of you who had sent your wishes to Hiro. He loves you all too!

Posted by Irene Tan aka Scrapperlicious at 7:00 AM

Email ThisBlogThis!Share to TwitterShare to FacebookShare to Pinterest
Labels: Updates on Hiro

What a lovely gift for Hiro and what a funny story. It is great that your family whas al together for this moment to celebrate. Happy Birthday Hiro and have a lof of fun with your gifts

Luv how you cut around the hat for Hiro's ears, so so sweet.