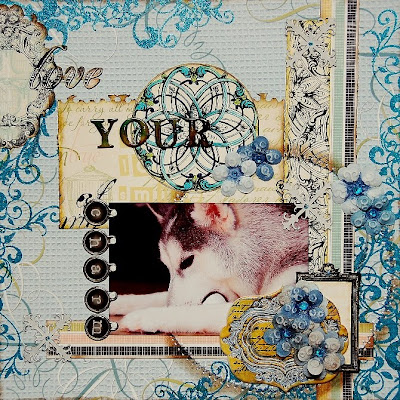 Here's another layout that I've created using Swirlydoos April's kit, "The Park Avenue". I've used the beautiful glittered paper by Robin's Nest in it for this layout.
Here are the details. 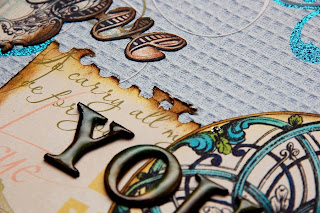 I've used the punching and tearung technique to distress the edges of the pattern paper. Later, I've inked on it to further aged it. 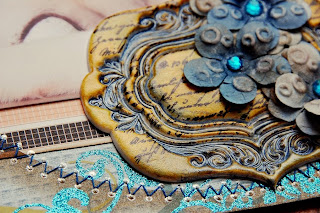 I've masked a circle on the layout and detail it with zig-zag stitches and liquid pearls. 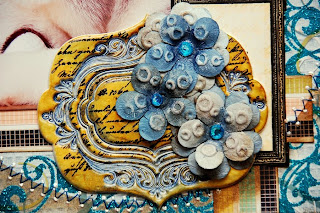 I've inked the vinyl frame with alcohol ink and later stamped on it with a text stamp using solvent ink. To further enhance it, I've also painted the design with shimmerz. For the flowers, I've used some white acrylic paint to lightly brushed on them. I've also use shimmerz to paint in the middle of the flowers. 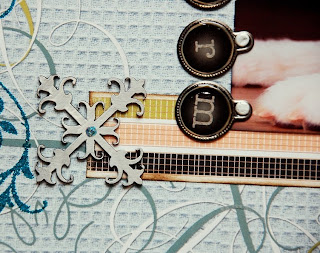 I've painted the unique chipboard pieces in cluded in the kit with white acrylic paint and add them to the layout. I've details them with Ice Stickles. 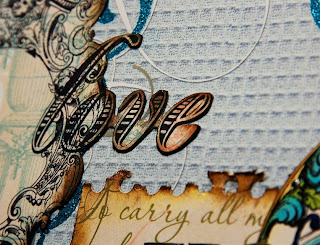 I've cut out the word "Love" from one of the pattern paper and ink it's edges with distress ink before adding it to the layout. 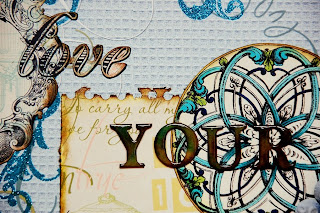 I've cut out a circle from one of the pattern paper and colour part of it with Copic markers and shimmerz. I've used some chipboard alphas and ink it with distress ink to form the word "Your". I've also added a layer of glossy accents on top of it. 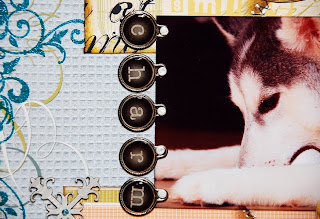 I've used the 7Gypsies photo turns included in the kit and some cut out alphas to form the word "Charm" on the left of the photograph. I've also seal them with a layer of glossy accents.
I will be sharing my last layout using this kit next week. Make sure you all check back for it.

So pretty! I love the colors and your dog is beautiful! Love all the embellishments too - great job!

your page is superb, with lots of small details as
loves. Your dog is beautiful.

It´s so cute. I love your scrap.
Thanks for show us.

I really like how your colored the patterned paper with the blue marker. I see this paper in a lot of layouts, and adding the blue is the best.