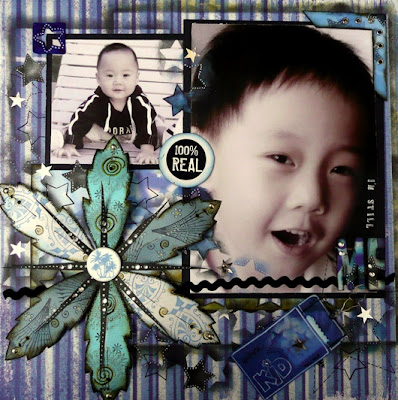 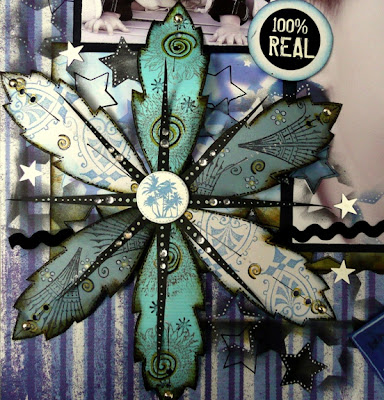 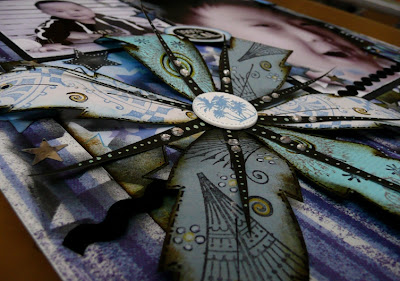 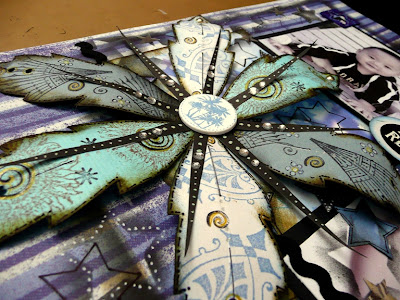 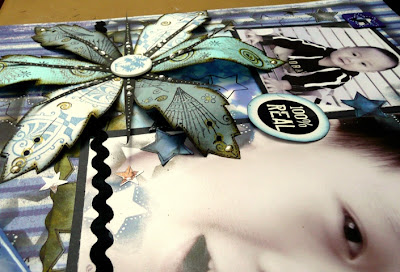 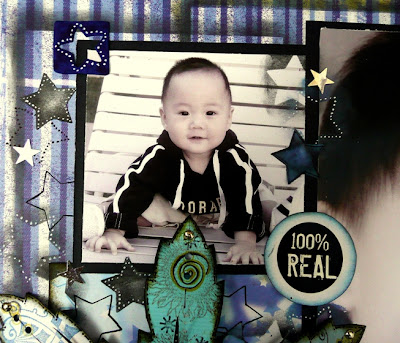 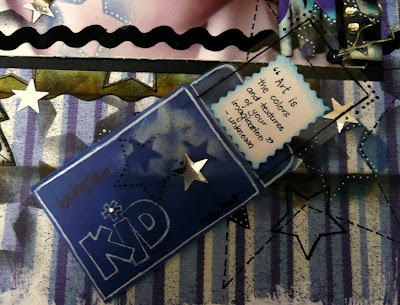 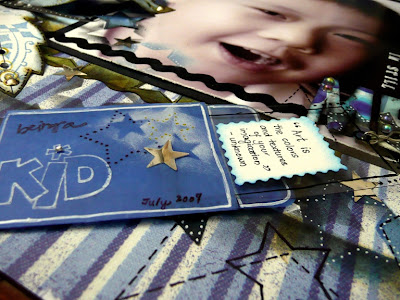 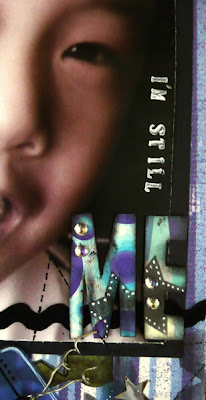 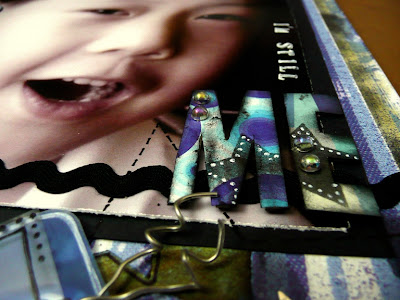 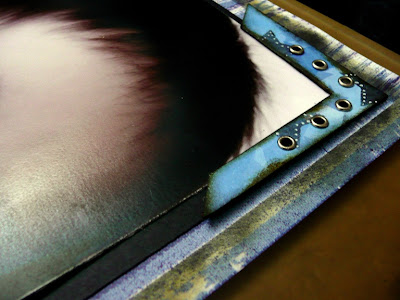 This is a layout on Ryan's now and then photographs. The baby photograph was taken when he is merely a year old and the other was taken during his fourth birthday.
The inspiration for the layout came to me when I've thought about how much Ryan has grown and he 's such a star in my heart.
I've used the masking, stenciling and doodling techniques throughout the whole layout to create the stars and the frame.
As for the flower, I've individual hand cut the petals out of card stocks and later inked, stamped and doodled on it. I've layered it with another star. To lift the petals, I've used some brads to attached the petals down.
I've used a vellum to create the pocket here and I've created a transparency tag to go with it.
I've also covered the chipboard photo corner and the "ME" chipboard letters with pattern papers and later stenciled some stars on it.
Sources: Cardstock: Provo Craft and Bazzill Basics Paper, Pattern paper: Junkitz, Ink: Tim Holtz's Distress Ink, Color Box and Memories, Rub-ons: Urban Lily, Brads: Making Memories, Other: Uni-ball White Signo Pen, Zig
Posted by Irene Tan aka Scrapperlicious at 8:27 PM

Another stunning layout - your colour combination and use of inking are very unique. I particularly liked the flower. Your son is a little poppet.
Kate - Somerset, England

Wow. Amazing layout. That flower rocks! Thanks for the eye candy.

My first visit to your blog. You really do fantastic things. I will visit you again =O)
Thanks from Heléne(lillakez)in Sweden

My first visit to your blog. You really do fantastic things. I will visit you again. Thanks from Sweden
/Heléne (lillakez)

Wow!! This is beautiful!

I just love your work. I check it out every chance I get. Awesome!

I JUST LOVE EVERYTHING YOU DO,YOU HAVE AN AMAZING TECHNIQUE & STYLE I THINKS YOUR WORK IS AWESOME & I LOVE HOW YOUR WILLING TO SHARE YOUR IDEAS AND INDEPTH LO TUTORIALS WITH US ALL TO ENJOY! THANKYOU.YOU INSPIRED ME TO DO A PAGE TODAY AND I HAVE MENTIONED YOU & LINKED YOU IN MY NEW POST,HOPE YOU DONT MIND A FEW EXTRA VISITORS POPPING IN TO LOOK AT YOUR GORGEOUS CREATIONS!

This is just amazing! You are definately my biggest scrap-idol! I love all your work, it inspires me.

WOW! This is So Beautiful!
Your Truley Amazing. I am a Newbie to Scrapbooking. I want to Grow up to be just like you! This is Incredible and Inspirational. Thank you.

WOW! I am a Newbie to this scrap Booking world. I look forward to more of your pages. This is the Most Incredible work I have seen yet. Thank you.

I'm totally blown away by your style and how you take such gorgeous photo's of your creations! This LO is dynomite and perfect! I will definitely be visiting again and again!

I LOVE everything about this layout! The colors are beautiful. Fantastic job!

amazing once again. Your work is always beautiful !

Gorgeous Layout there Irene, as always! I love all of your creations!!

Jissus what lovly LO. I love everything on this LO.It´s sooooo beautiful. It´s my first time here on your blog, but not last...

It's obvious how much love and time you put into all your projects. Anyone who recieves your beautiful artworks should be incredibly blessed :)